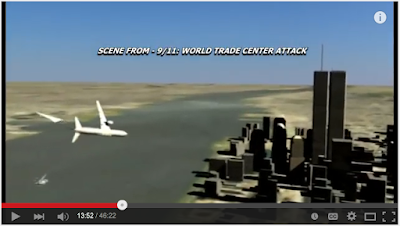 
Meaning that at anywhere near the altitude of 1000 ft. [ the approximate official F. 175 strike altitude on WTC2] , where the air is 4 times denser, an airspeed of anything like 598 mph would be physically impossible for  a  767 jetliner.

As this Pilots For 9/11 Truth video demonstrates:

Therefor, any "official" 9/11 video that showed a frame to frame plane image speed of anything like 500+  mph must be fraudulent in some way, right ?

Exhibit A: Original "Live" Network Footage [as archived on line]

So what if a "big time" US network had an original "live"sequence in its official archives on line showing a frame to frame plane speed close to 550 mph?:


Here is the relevant [much shorter] part of the same Fox broadcast, specifically showing the 2nd alleged plane hit [WTC2],  on Youtube:

Wouldn't that [ frame to frame plane speed of close to 550 mph] make  this sequence er, "untrustworthy"?

Here is my evidence that the famous Fox5 live sequence showing Fl. 175's alleged collision with WTC2, as supposedly filmed by a helicopter, shows an impossible plane approach speed [of around 540 mph. ]

In order to calculate frame to frame speed of the plane, we would need to know 3 important facts:

2] the number of frames the plane takes to travel its own length.

3] the number of frames per second of the camera.

Knowing these 3 facts we could then calculate the planes approximate speed/mph. on film.

2] Number of Frames Plane Takes To Travel Own Length?

This was fairly easy to establish via this online frame by frame analysis: http://www.911conspiracy.tv/chopper5_HQ_slideshow.html

Here are my 2 screen shots from the above site , starting at frame 372, with my red circle circling the nose of Fl.175 as it first enters the screen from right to left: 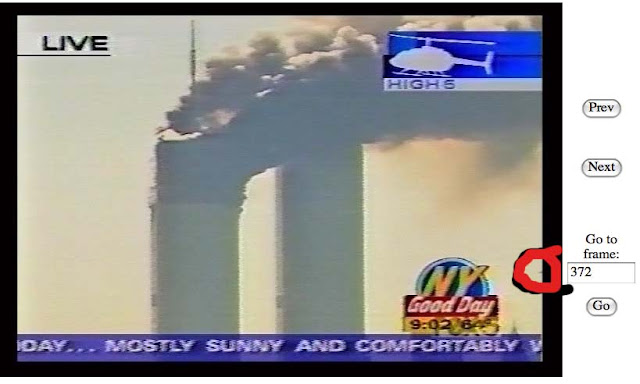 
Then I simply clicked the "next" button at the website to advance the view one frame at a time, until the plane image was fully in view.

I count 6 frames before the plane image is fully in view at frame 378: 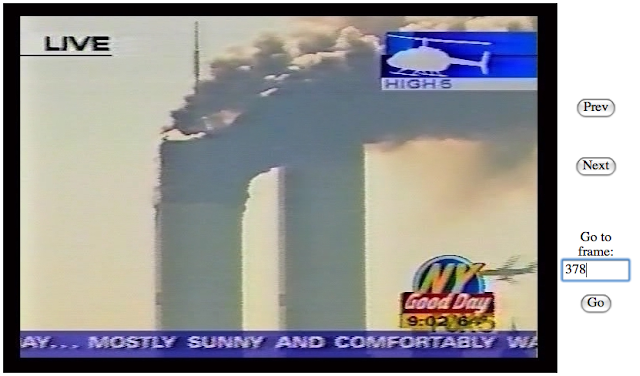 So now we can see that the plane travels its own length, 159 ft. in 6 video frames.

3] Speed of Frames Per Sec For Camera Used?

Now, we need to know the frame speed of the camera in question in order to calculate the plane speed per frame.

The Fox 5 sequence is apparently at 30 frames per sec.

Now, an airspeed of 542 mph at 1000 ft. altitude is no more technically feasible than is the officially claimed pre-strike speed for Fl. 175 of 598 mph - that speed  has already been demonstrated to be technically impossible in the "Pilot's For 9/11 Truth " video linked to above.